Showing posts from June, 2016
Show All

Petrified of Podiums → Passionate about Presenting 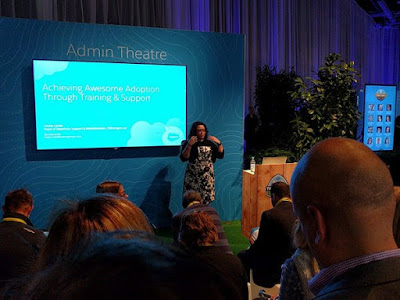 Something strange has happened to me this year. I have seemingly converted from being the MOST reluctant public speaker to finding my arm thrust in the air waving wildly whenever calls for speakers are mentioned. While I scratch my head and ponder where this change came from, I thought I would try and track my about-turn, to hopefully inspire those of you who are currently more like Louise 2015 than Louise 2016 . So let me reflect on how I made the (speedy) trip from the wallflower of yesteryear to the girl you see before you, keeping everything crossed that she is chosen to speak at Dreamforce! Hopefully my transformation can inspire those of you not yet convinced that you should take the leap onto the podium. On reflection, there were indicators that I wasn’t the shy and retiring woman I thought I was. I had paved the way for the new me towards the end of last year by talking at a couple of users groups, not on my own, and nothing too formal but in front of a crowd
Post a Comment
Read more
More posts