December 13, 2018
Sometimes we have moments of self-assessment and clarity, and they are not always positive.

I talk to myself, I know this, but I have only just taken real note of the fact that so much of my narration is self criticism.

More often, as someone who spends much of my working day trying to get Salesforce to do what I want it to, and often not immediately succeeding. It is not unknown for me to be sat, literally head in hands, muttering at my inability to triumph before spotting my mistake, and, of course, berating myself for making said mistake. 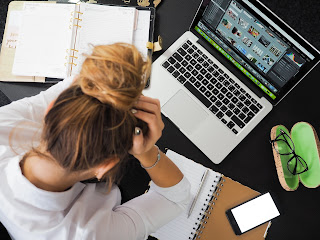 Why do we do this?
I tell myself to stop picking on myself but its a habit I slip back into with ease.

This week French Touch Dreamin' released the photos taken at the event here.
As a presenter at the conference there were photos of me delivering my session. I was focused on the talk and the audience, not the photographer, and so the pics are obviously not posed portraits. Instead of recognising this fact, I zeroed in on my facial expressions and took to Twitter to call myself out. 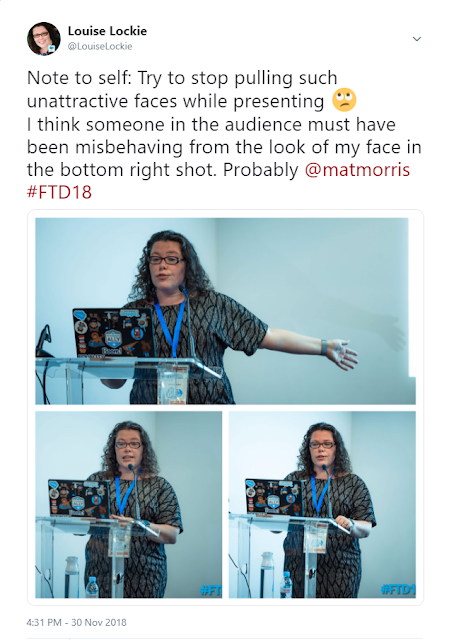 Interestingly, several women joined me and shared pictures of themselves and added their own self-criticism. Even more interestingly I didn't see the same reaction from any men, although I am sure they don't look like super models in every snap they appear in.

I am familiar with the phrase we can be our own worst enemy, the Women in Tech group I co-lead in London even had a session on this very subject at the beginning of the year. Awareness is important but it obviously isn't enough as we (and certainly I) continue to beat ourselves up.

OK, so I have identified the problem but how do I counter it?

Recognise, Acknowledge, and Celebrate Successes
In previous posts I have talked about the importance of setting ourselves goals, and celebrating when we achieve these goals. This is important but we should also congratulate ourselves on the small wins as well as the big ones, and it certainly shouldn't wait until an end of year review.

Keeping a record of your achievements can serve several purposes:

This doesn't need to be anything complicated. I recommend just a simple document which you update once a month detailing the key wins of your month such as:
the things you learnt
the challenges you conquered
the positive feedback you received
the difference you made
the time and money you saved
the milestones and deadlines you met 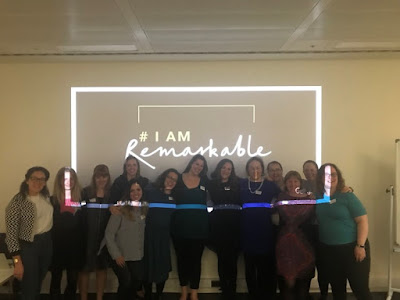 This sort of exercise shouldn't be restricted to your professional life though. Google's #IamRemarkable initiative reminds us to acknowledge and highlight our achievements as a first step towards using self-promotion to bring us more successes, in the workplace and beyond.

Earlier in the year, at another London Women in Tech meeting, we held an #IamRemarkable workshop and our members took the time to list the accomplishments of which they were most proud. Happy relationships, raising children, getting through illness, supporting others through hard times, were all listed alongside restarting careers, certifications, and academic achievements.

At the start of the session I stared at the blank page, worried that I have nothing to celebrate, but of course I did, and once I not only acknowledged them, but wrote them down, as well as share them with the group, I felt a boost.

That's what I need more of. I need to give myself a boost and stop berating myself.
I bet you do too.
Development WiT

I sat for, and passed, the Development Lifecycle and Deployment Designer certification earlier this month and it really was a reminder of the importance of sandboxes for all Salesforce admins and developers. This exam, being part of the architect track, is pitched at a more technical level than that of your average admin, but proper use of sandboxes does not require this kind of experience and is definitely not just for developers. Last year I wrote a series of posts entitled Best Practices and Recommendations for New Admins and one of the Tools from post four was Sandboxes . Here is a deeper dive into the world of Salesforce Sandboxes. I was shocked recently to hear a tale of an end customer having no sandboxes in use at all. There really is no excuse, sandboxes are available to all customers. How many, and what type, depends on your edition. Here is a handy grid to tell you how many you have access to out of the box. You can, of course, buy more. Why make it complicated
Read more 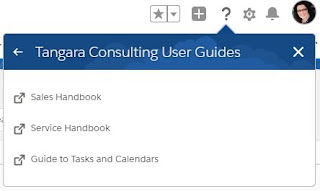 Who knew?  I have to confess that I was late to this party and did not know this was an option until this month (May 2020). So if I have been tragically unaware of this feature, then maybe you were too. Consider this post an attempt to rectify that. Why Customise Your Help Menu? Why should we care? Why is this worth reading about I hear you ask, and I will answer. In my experience the number of users each Salesforce Admin or Helpdesk Exec has to support does not leave them with the capacity to quickly respond to every user's questions. There is often a backlog, and cloning machines do not yet exist. We also know that users getting stuck and feeling frustrated can kill adoption, which is the enemy of a successful Salesforce implementation. Now I know that every good Salesforce Admin has spent a lot of time and care creating detailed user guides for their colleagues, but how many of these users remember where the guide is saved at their time of need? Not many..... which is why it is
Read more

Many of the industries my company works with have mandatory CPD schemes for their qualified practitioners. In order to retain their status as a licensed Accountant or Solicitor individuals must show that they are continuously developing their professional skills. One reason for this is to prevent said professionals from getting rusty, to keep that grey matter active, but another is to encourage members to stay abreast of new developments in their field. Those of us who are certified Salesforce professionals have similar obligations. Three times a year we need to pass the maintenance exams of each track in which we are certified in order to retain our certification. But as Salesforce has never been the kind of company to leave its community to fend for themselves, Trailhead was created to aid and encourage our continuous development. Trailhead isn't just there to help us pass our exams though, far from it, Trailhead is for the whole ecosystem. Trailhead is used by empl
Read more